Abbotsford comes alive in the summertime and this year is no exception! After a long 15 months we are thrilled to see the return of the usual buzz of events, people gathering with friends over local beverages and enjoying live music from some of our incredibly talented homegrown artists. We wanted to find a way to bring together the best Abbotsford has to offer in a safe and responsible way which is what inspired our Sun & Soil Concert Series, presented in partnership with the Abbotsford Arts Council and Abbotsford Tech District.

After tremendous success last year we are excited to announce the second season of our Sun & Soil Concert Series for this summer! The concert series presents a diverse mix of genres while supporting local artists, and highlights Abbotsford’s handmade and homegrown flavours. Locally grown and prepared foods, estate wineries, breweries, and cideries and countryside locations are featured select Friday evenings throughout the summer. To preserve the exclusive and intimate vibe each concert is limited to 65 guests, and tickets are sold in groups of two which include the local wine, beer, or cider, and food option with ingredients sourced from local farms. Concert attendees are invited to bring a picnic blanket, but chairs will also be provided.

We have chosen 5 new farm locations this year and we anticipate tickets well sell very quickly so don’t delay, read on to find out about each concert and how to get your tickets! 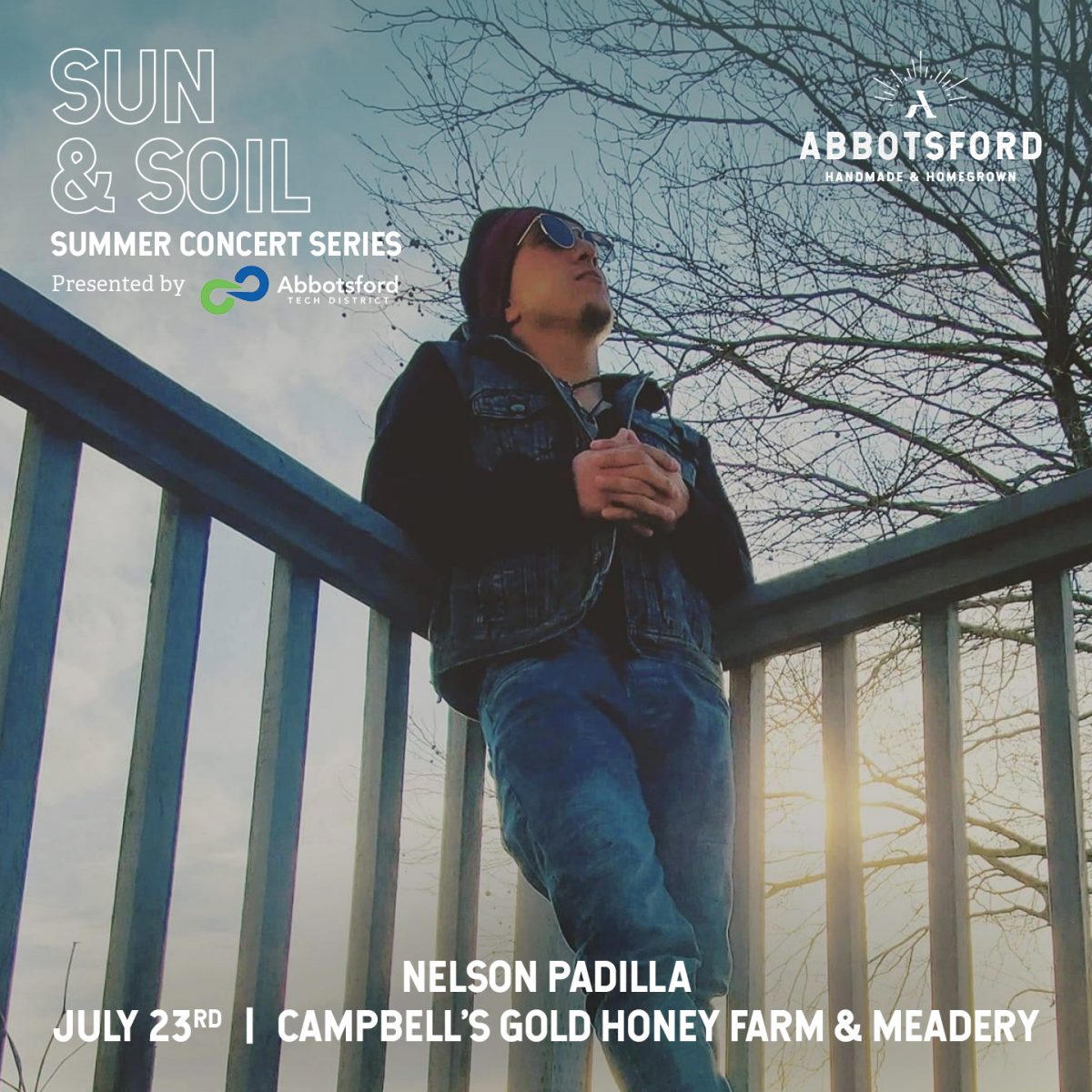 Join us on Friday, July 23rd at Campbell’s Gold Honey Farm & Meadery for a golden hour concert with Nelson Padilla. Nelly’s array of songs are mixed with many classic cover songs from the 90’s, a handful of new and older ones, as well as his own original songs. He has recorded a EP record by the name of ‘Just As Lost’, which can be found on streaming platforms such as Spotify, iTunes, and the Apple Store, as well as a single called ‘Bailando’. Your ticket for two people includes a 1.5 hour set, a charcuterie box for two from Lepp Farm Market, and two glasses of Campbell’s Gold mead per guest! Get your tickets here! 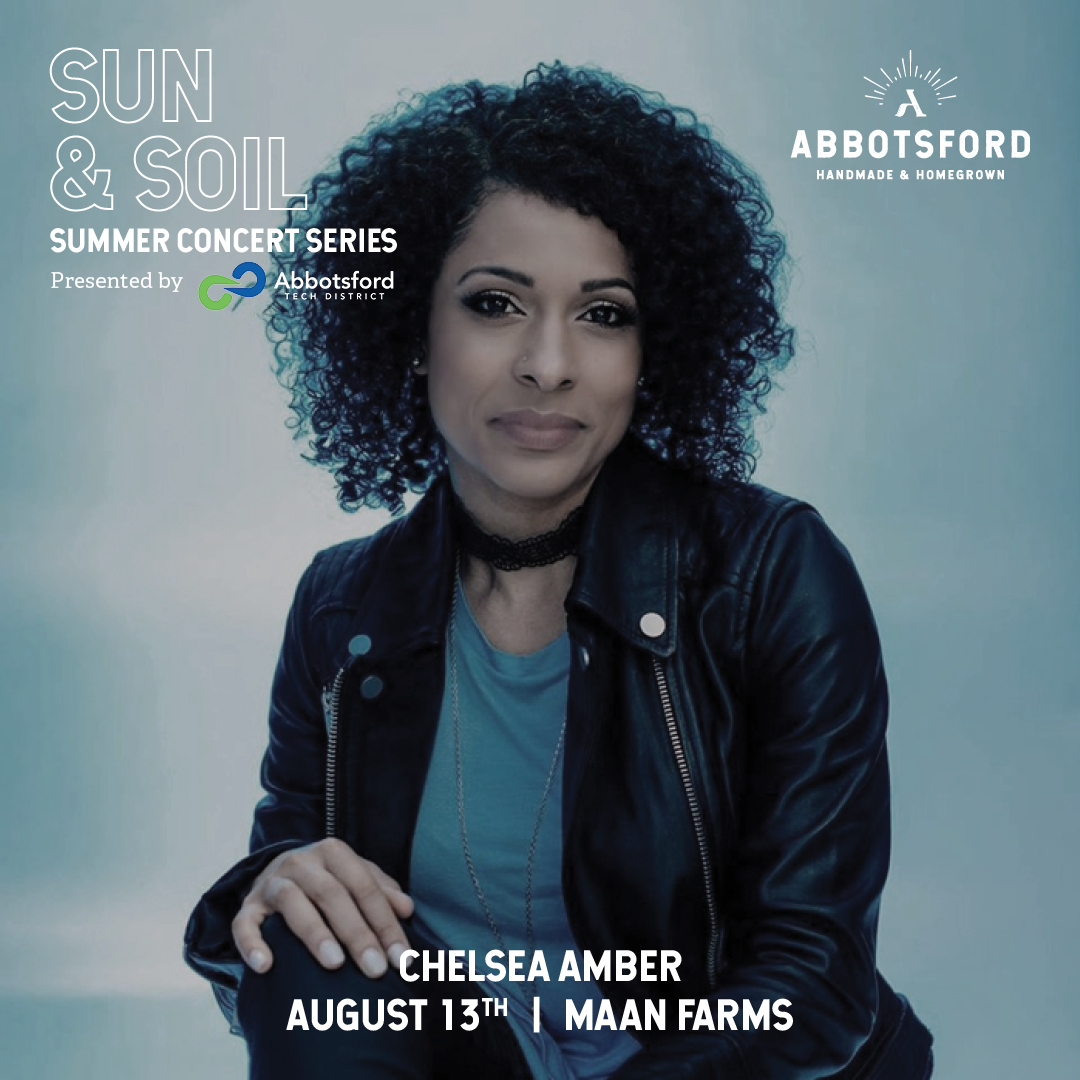 Next up is Chelsea Amber performing at Maan Farms Country Experience and Estate Winery on Friday, August 13th. Canadian Christian recording artist Chelsea Amber brings her pop/soul sound to life with passionate and powerful vocals, uplifting lyrics, and soulful guitars. Since 2007, Chelsea has released 4 albums and 2 EP’s which were recognized with a total of 20 music awards and a 2015 Juno nomination. She has toured Canada and the USA and graced the stage with musicians such as Dan Bremnes, Mercy Me, Avalon, and a duet with Rita MacNeil. Tickets for this show are available for groups of two and include two veggie samosas, two curry rice bowls (choice of butter chicken or chickpea curry), and two glasses of Maan Farms wine!  Get your tickets here. 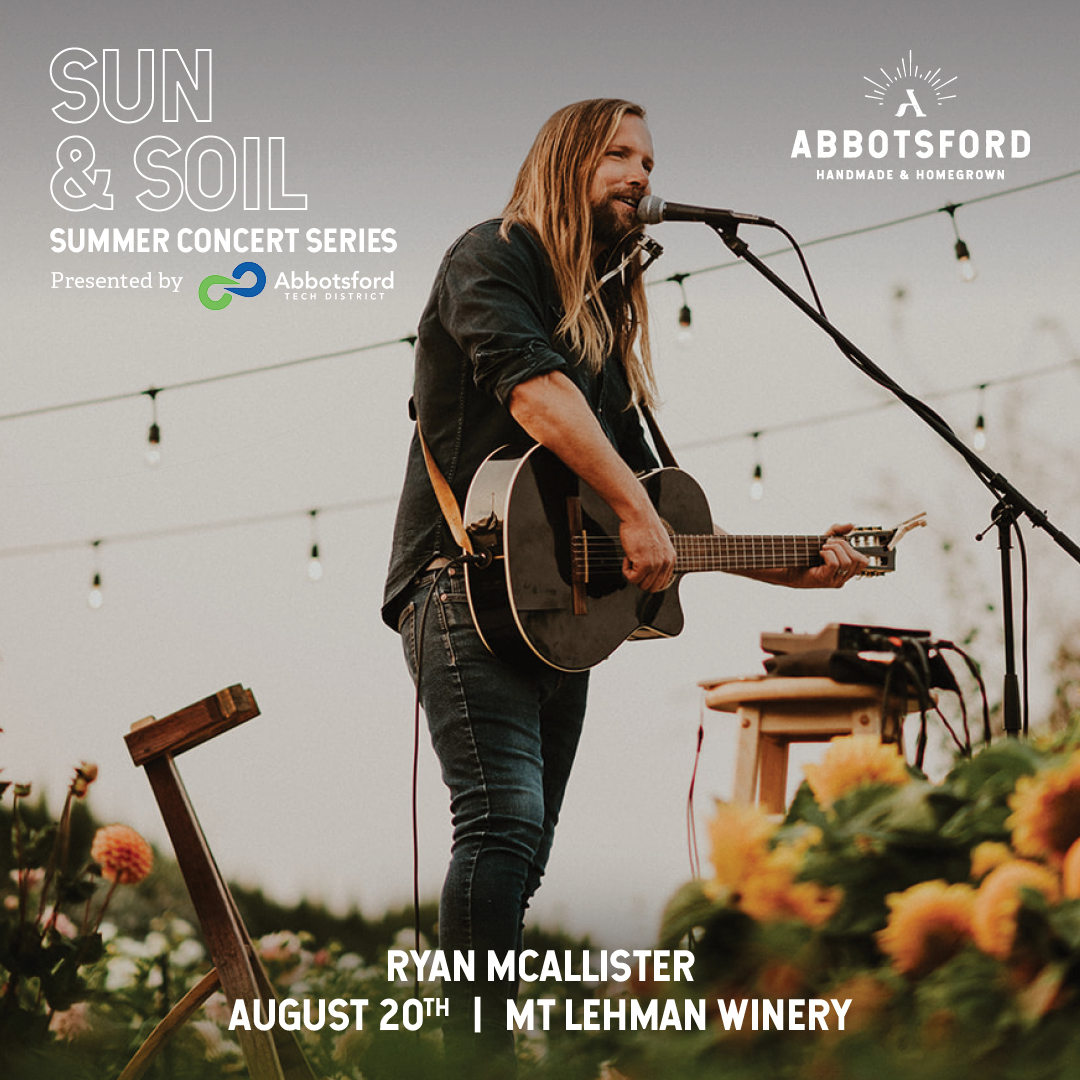 Returning again this year is local favourite Ryan McAllister performing on Friday, August 20th at Mt. Lehman Winery. A singer, songwriter, and producer, Ryan has performed for over 20 years on five continents and with artists ranging from Willy Nelson to Sam Roberts. He owns Five Acres Studio in Abbotsford where his work as a producer won a JUNO award. Ryan continues to champion Canadian indie music through his company Valley Music Co. Your ticket for two includes a charcuterie box for two created by Chef Boss Culinary and your choice of a bottle of red or white wine from Mt. Lehman Winery. Get your tickets here. 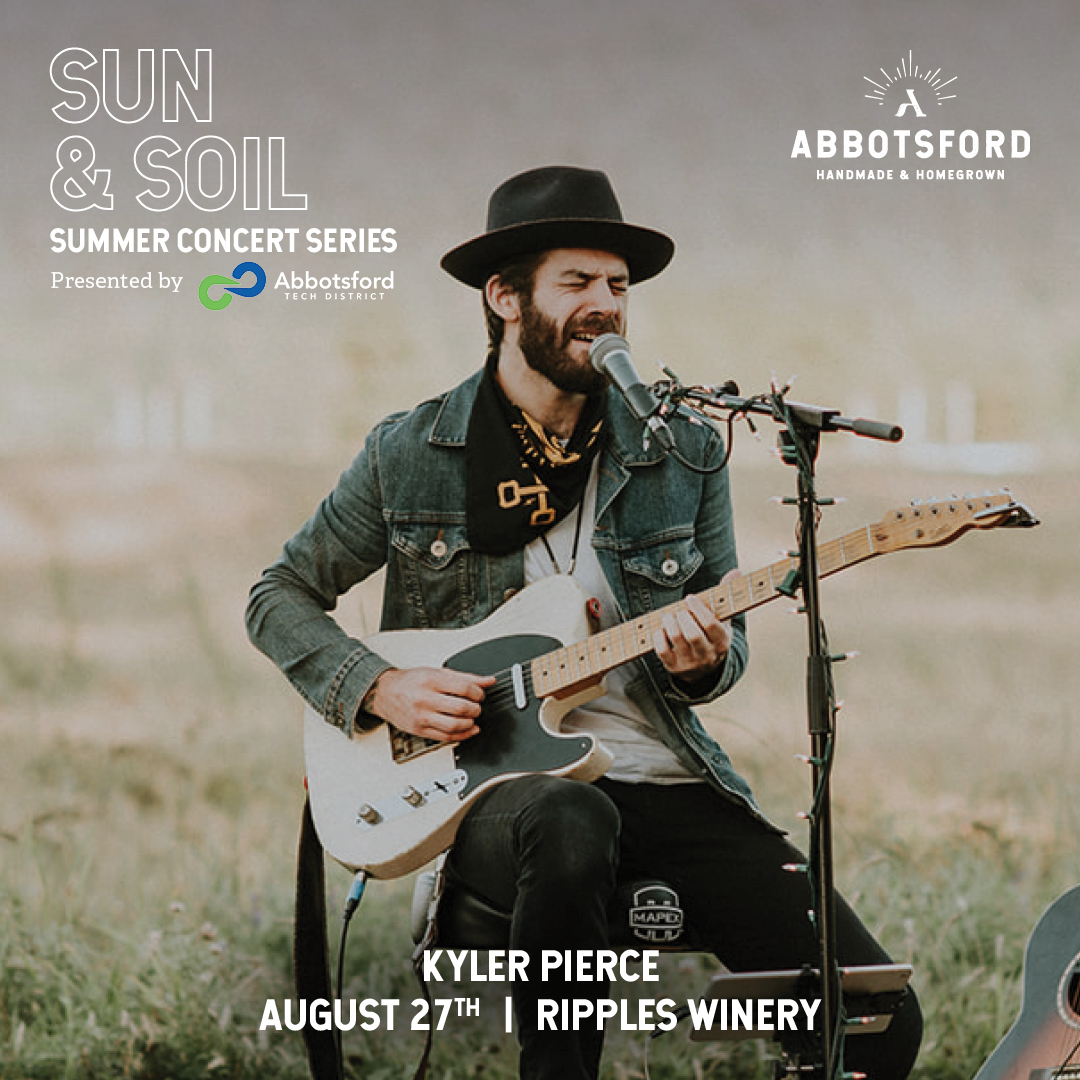 Last but certainly not least, don’t miss the chance to enjoy a unique experience with Kyler Pierce at Ripples Winery and New Wave Distilling on Friday, August 27th. After many years performing, writing and recording with many artists in the Vancouver area, Kyler went alongside Bassist Brandon Clark to tour Canada and Europe as ringers for Vancouver’s blues rock star Colleen Rennison’s No Sinner. Since then Kyler Has emerged as one of the premiere record producers for local Fraser Valley acts from singer songwriters to R&B and World artists. Your ticket for two includes a one specialty cocktail per guest featuring New Wave Distilling’s unique spirits and a charcuterie board for two. Get your tickets here.