As we enter the heart of summer we realized things looked a bit different here in Abbotsford, and we couldn’t help but miss the usual buzz of events, gathering with friends over local beverages, and enjoying live music from some of our incredibly talented homegrown artists. We wanted to find a way to bring together the best Abbotsford has to offer in a safe and responsible way, while still providing entertainment to those who aren’t quite ready to join us in person yet.

Sun & Soil invites people to attend in person or to tune in from the comfort of their homes. Read on to find out about each concert and how to get your tickets! 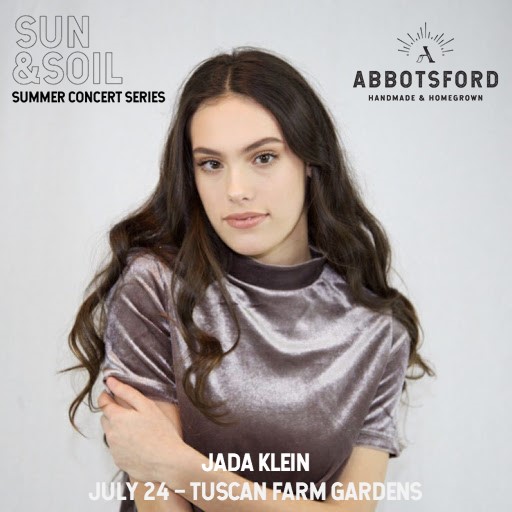 Join us on Friday, July 24th in the breathtaking fields of lavender at Tuscan Farm Gardens for a golden hour concert with Jada Klein. Born and raised in Abbotsford, British Columbia, Jada has been shaping her unique sound from a very young age, under the guidance of an extremely supportive and artistic family. She has thoughtfully crafted her R&B-rooted style from elements of jazz and soul, influenced by Norah Jones, Michael Jackson, Lauryn Hill and others. Your ticket for two people includes a 1.5 hour set, a picnic box for two from Brambles Bistro, a bottle of wine from Mt. Lehman Winery, homemade lavender lemonade, ice cream and dessert! Get your tickets here. 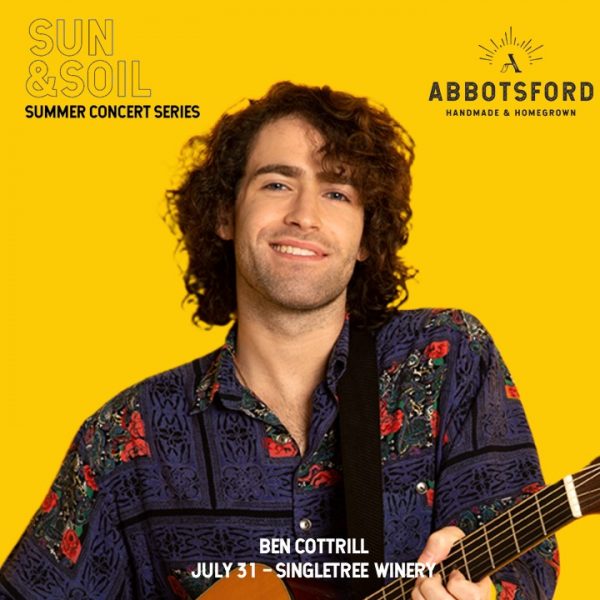 The second concert in the series features Ben Cottrill at Singletree Winery on Friday, July 31st. Raised among five skilled musicians, Cottrill’s grit was instilled early on, as was his love for classic Folk, Rock and Soul music. A decade of performing on streets and stages across Canada has given him a story that defines his gritty Acoustic-Rock style and resonates with the west-coast romantic in everyone. Your ticket for two includes a choice of two picnic baskets from local chef Adrian Beaty: a salad option and a sandwich option, both made with the freshest local ingredients and include dessert! You’ll also get two glasses of Singletree wine to enjoy as you sit on their picturesque property in Mt. Lehman amongst the grape vines. Get your tickets here. 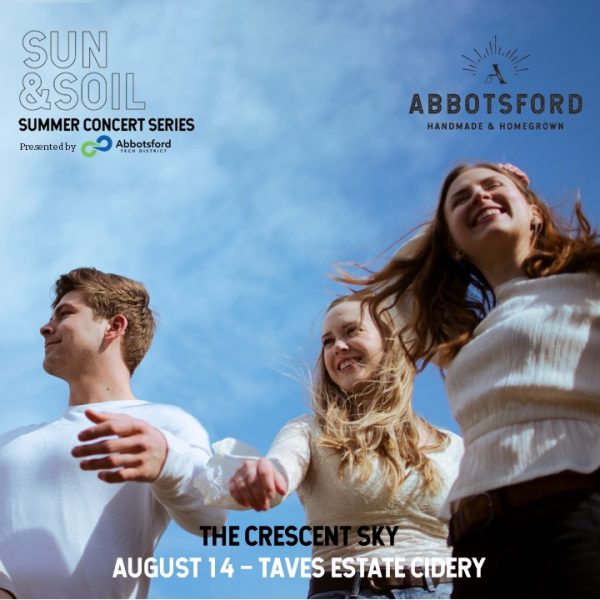 Next up is The Crescent Sky performing at Abbotsford’s newest venue, Taves Estate Cidery on Friday, August 14th. The Crescent Sky features a combination of two couples: Anna & Regan Luth and Anna & Jason Ratzlaff. Each band member is an individually strong songwriter, and together they create music that supports sincere lyrics with the collective strength of soaring harmonies and dynamic instrumentation. Drawing on their extensive musical backgrounds, The Crescent Sky’s music surges with technical intricacies and relatable lyrics that complete their distinct sound. Tickets for this show are available for groups of two or four and include 1 cider flight per person, picnic boxes from Well Seasoned Gourmet Food Store, and access to the sunflower garden and a chance to cuddle some cute goats. Get your tickets here. 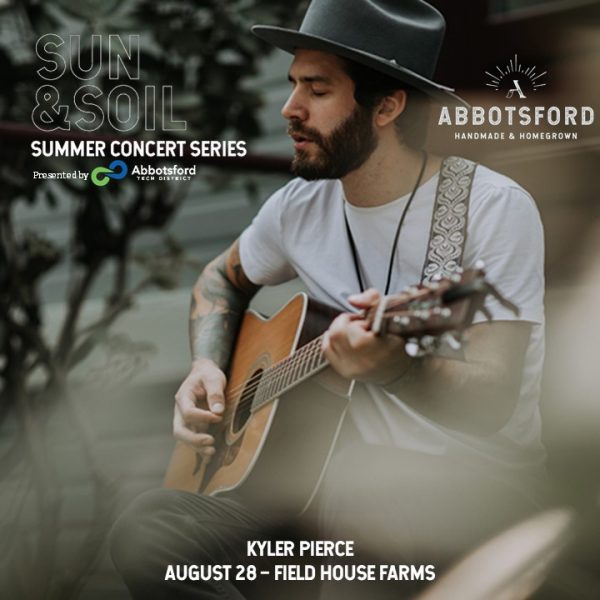 Don’t miss the chance to enjoy a unique experience with Kyler Pierce at Field House Brewing’s own farm on Friday, August 28th. After many years performing, writing and recording with many artists in the Vancouver area, Kyler went alongside Bassist Brandon Clark to tour Canada and Europe as ringers for Vancouver’s blues rock star Colleen Rennison’s No Sinner. Since then Kyler Has emerged as one of the premiere record producers for local Fraser Valley acts from singer songwriters to R&B and World artists. Home farm to Field House Brewing’s Canteen and Field House’s latest endevour, BRRL ROOM. Your ticket for two includes a bottle of specialty beer to share, a faspa board for two with ingredients from the farm and local suppliers, and two drink tokens good for Field House beer or Whispering Horse wine. Get your tickets here. 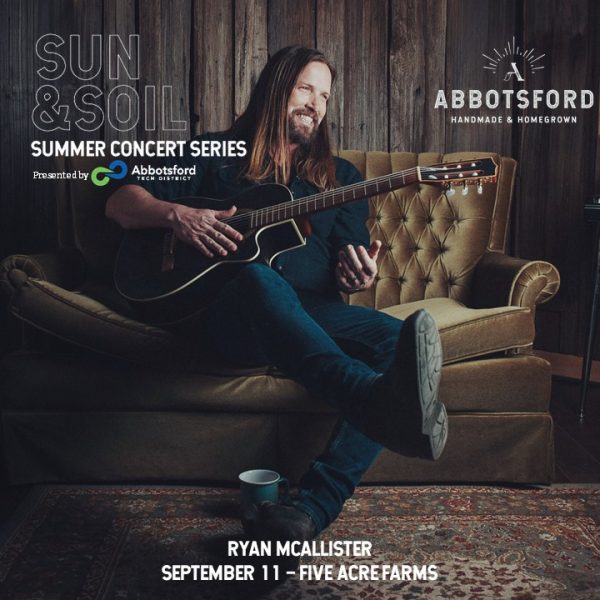 Last, but certainly not least, we have local favourite Ryan McAllister performing at his family’s own farm on Friday, September 11th. A singer, songwriter, and producer, Ryan has performed for over 20 years on five continents and with artists ranging from Willy Nelson to Sam Roberts. He owns Five Acres Studio in Abbotsford where his work as a producer won a JUNO award. Ryan continues to champion Canadian indie music through his company Valley Music Co. Located in teh Bradner area of Abbotsford, Five Acres Flower Farm is a small-scale family farm specializing in sustainably-grown cut flowers & dahlias. Your ticket for two includes a chef created picnic box from Brambles Bistro and your choice of a bottle of wine from Mt. Lehman Winery or a 4 pack of beer from Raven’s Brewing. Get your tickets here.

A special thank you to our Presenting Community Sponsor, Abbotsford Tech District. Their generosity and appreciation of Abbotsford’s sense of culture and community have helped bring these events to life.