Hop History, From Farm to Brewery

The fields in Sumas Prairie are budding with rows of vibrant, green hops to accommodate an exploding craft beer industry.

Before the craft beer scene, decades ago, hop fields covered the Fraser Valley, but due to low demand, the hop crops were replaced.

Today, they have come back full circle and are even celebrated at festivals like BC Hop Fest. Abbotsford’s climate with fertile soil and gentle breezes makes it one of the best hop-growing environments in the Pacific Northwest. See this short clip on how hops are harvested, right in time for the BC Hop Festival.

From 1902-1950, the BC Hop Co. operated over 300 acres of hop yards in the Fraser Valley. This rich history was what prompted a conversation between brewery owner, Paul Sweeting of Ravens Brewing Company, and local entrepreneurs Dwayne and Diane Stewart in 2014. Sweeting was looking for a place to grow hops, for his upcoming craft brewery which opened in 2015, and Stewart was looking for a way to generate new revenue for his family farm. 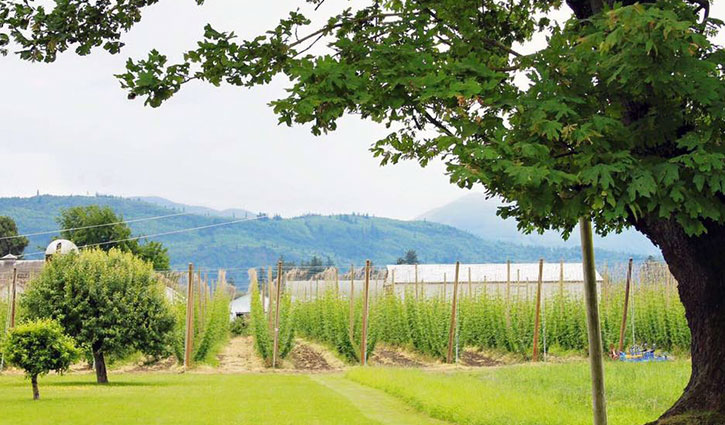 The first hop yards were installed in spring of 2015 and a modernized BC Hop Company was born. The entire processing plant was completed just in time for harvest in 2016. In collaboration with partner farmers, BC Hop Co. harvests and processes Cascade, Centennial, Chinook, Cashmere and, the newly released –Lumberjack — varieties.

“We recognized, early in our business development, that quality was fundamental to everything we would be doing. BC brewmasters are discriminating and demand the highest quality for the ingredients they use in their beer. We have been working hard with the amazing BC brewer community to bring more high quality BC-grown hops to every beer in BC, while helping to preserve family farms,” states Dwayne Stewart, Owner of BC Hop Co. and founder of the BC Hop Festival. 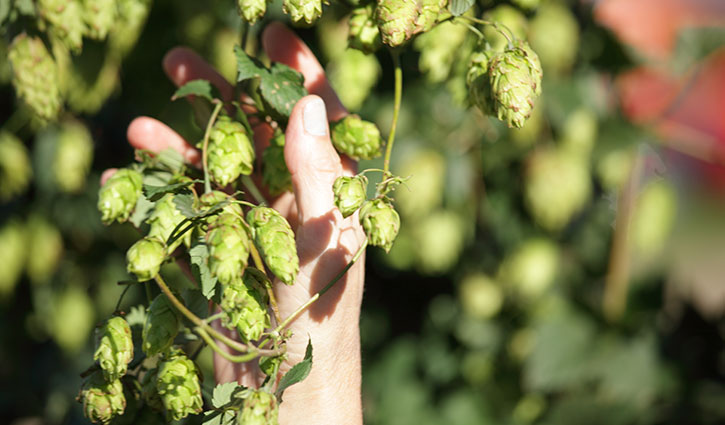 Ravens Brewing Company is now using Abbotsford-grown and harvested hops! One of the first beers ever produced was Ravens’ West Coast Pale Ale, creating a strong, malty beer before adding a generous amount of Centennial and Cascade hops.  This hop-forward approach showcases some of the best hops that Abby has to offer.

“Raven’s Brewing is founded on creating approachable beers for our community while honouring the ingredients that make great beer. We celebrate Abbotsford whether it’s our Heritage Series with branded labels sharing Abby’s heritage or working with community partners to develop our products, from hop, strawberry, and raspberry farmers to coffee and bake shops and chocolatiers,” says owner, Paul Sweeting. 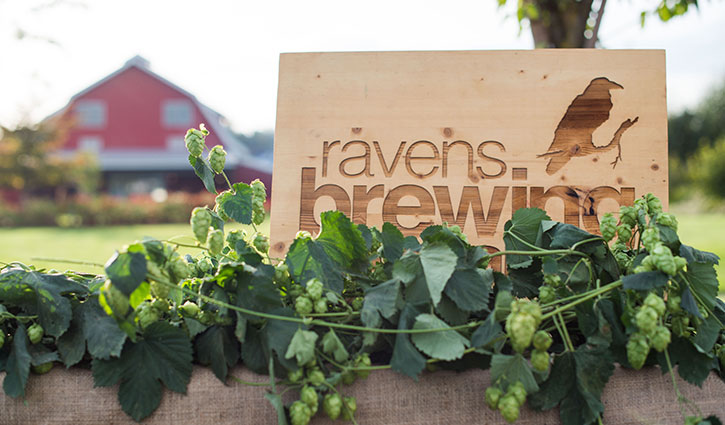 While Abby has always been proud of being a strong agricultural hub and sharing farm-to-table stories, it’s clear that our farm-to-brewery movement is just getting started.

X
X
We use cookies to ensure that we give you the best experience on our website. If you continue to use this site we will assume that you are happy with it.OkPrivacy Policy