A limited edition beer has hit shelves in BC this month and it features a local Abbotsford brewery! The Explore BC IPA was created in collaboration with Destination BC, The BC Ale Trail and 6 breweries from across the province. The brew has launched just in time to celebrate BC Craft Beer Month as well as the 5 year anniversary of the BC Ale Trail.

The recipe – developed by all six brewers and produced by Vancouver Island Brewing – celebrates the best of BC bounty, showcasing local ingredients from BC farmers such as haskap berries, blackberries, hops and malted grains. Residents can purchase the product in select BC Liquor Stores, numerous private liquor retailers, craft breweries and restaurants around the province. 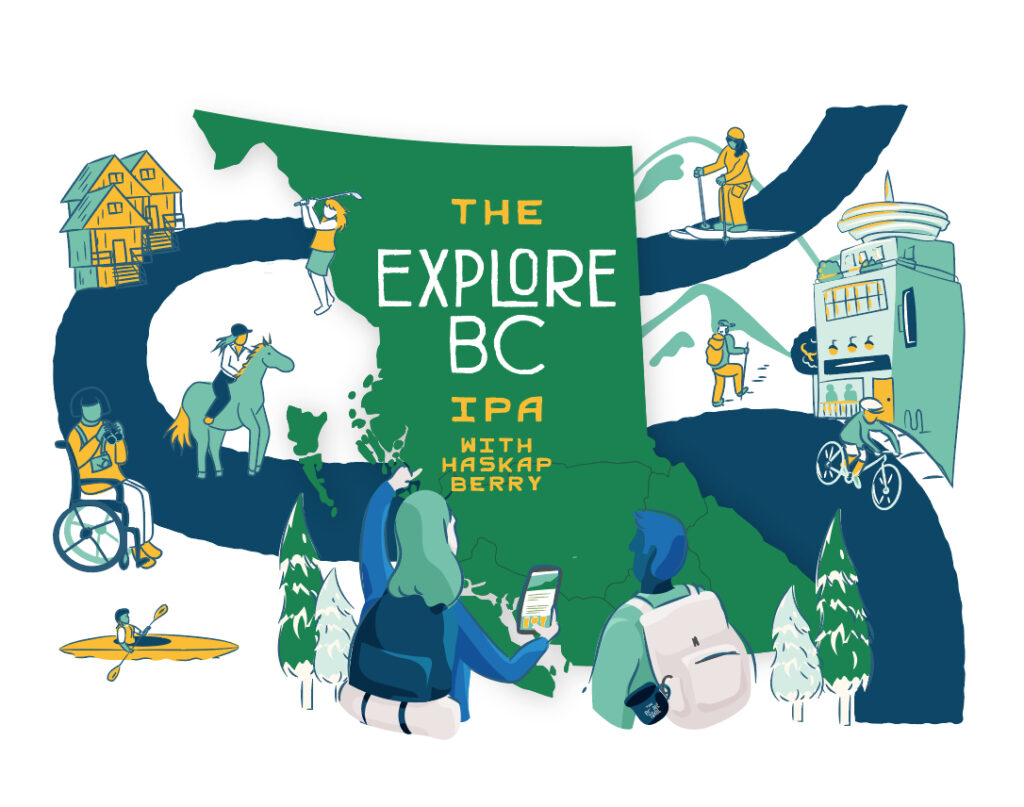 One of Abbotsford’s best known breweries, Field House Brewing, represented the Fraser Valley Ale Trail and our region’s thriving craft beer scene for this collaboration. Field House exemplifies the important connection breweries have with their local agricultural producers. It operates its own farm and utilizes local ingredients in its beers and tasting room menu items as much as possible.

Josh Vanderheide, owner of Field House Brewing Co., knows that collaboration is the future of the craft beer industry and makes for some of the most unique beers. “We were super excited to be part of this unique collaboration representing the Fraser Valley alongside other great breweries from around BC. Collaboration is one of the many things that we love about the craft beer industry. This beer’s connection to local ingredients really aligns with Field House’s passion for farms and unique ingredients, like the Haskap berries featured in this beer. Definitely worth checking out!”

The Explore BC IPA is available in limited quantities and can be found on tap at the Field House Brewing tasting room in Abbotsford!

For more information on the Explore BC IPA and to find out everywhere you can buy it, visit www.bcaletrail.ca/explore-bc-ipa/