A Guide to the Murals of Downtown Abbotsford

Historic Downtown Abbotsford is well known for its unique locally owned shops, restaurants and cafes. But wander through the heritage streets and alleyways and you’ll be delighted to find a variety of public art. Grab a coffee or beverage of choice (click here for suggestions!) and spend some time admiring the art, getting that perfect Instagram picture, and learning more about the thriving arts community in Abbotsford! Tip: Click on the photo of each mural for a link to a map of its location!

Two of the murals you will find in Downtown Abbotsford are part of the CITI/SEEN public art initiative. This initiative pairs an experienced professional artist with a team of talented emerging artists to create incredible murals. The program is part of Emerge, an incubator for creative talent at The Reach Gallery Museum and supported by the RBC Foundation Emerging Artists Project. 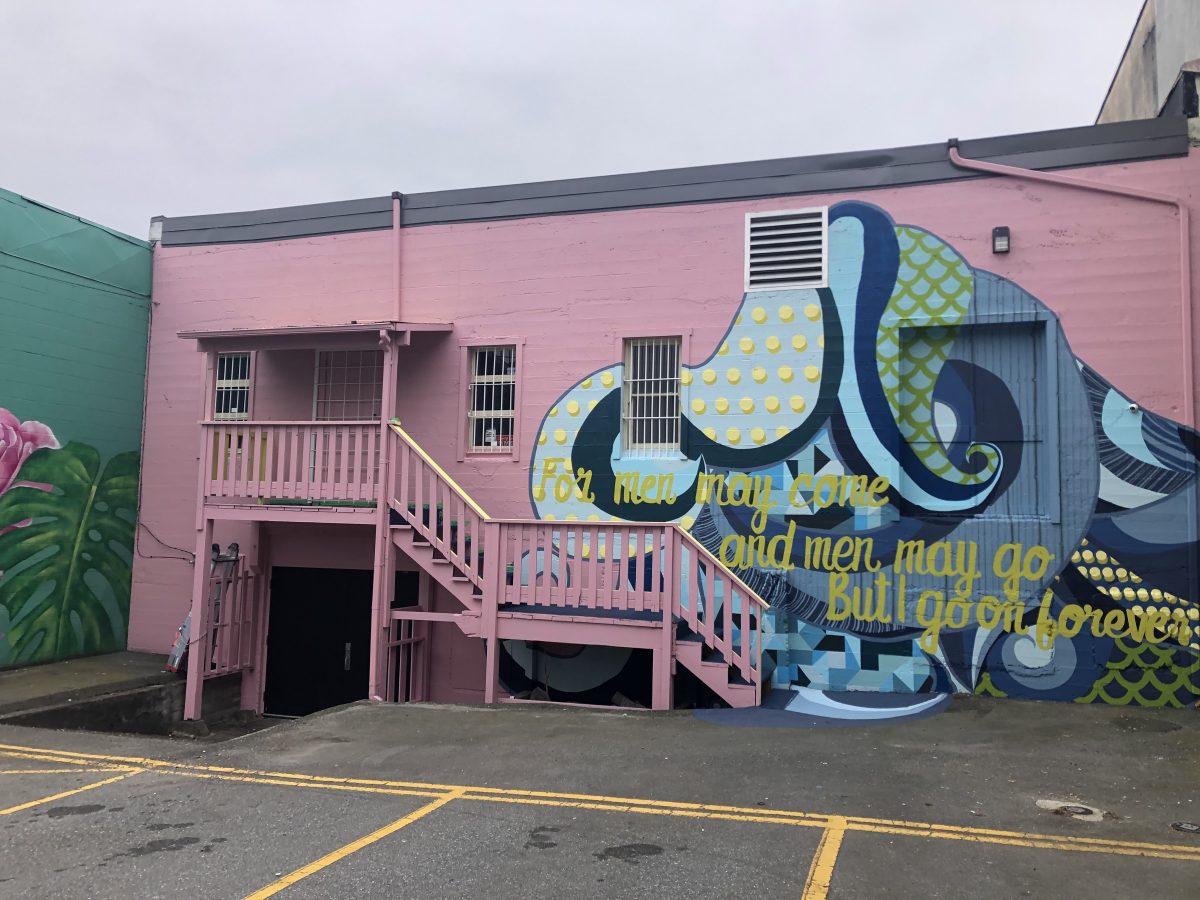 Statement from lead artist Tara-Lynn Kozma-Perrin: Before colonization, two streams used to converge in the area where the mural is today. The patterns in the mural resemble fish scales and reed mats which pay homage to the history of the land and its Indigenous inhabitants. The text is drawn from Alfred Lord Tennyson’s poem “The Brook.” According to the memoirs of Abbotsford resident Margaret Dunlop Hutchinson, she and her classmates would recite the poem beside the streams.

Statement from lead artist Sean Karemaker: “Nature continues to humble us. As a species, humans must realize we are completely interconnected with the entire ecosystem.” Changes in our behaviour resulting from COVID-19 have led to a significant reduction in global pollution. The inspiration for this mural comes from this heightened awareness of the interdependence of all lifeforms. The artists depict how everything in the natural world is connected, from sea to sky, mountains to tiny mushrooms, furry critters to lush groves.
Contributing Artists: Dona Park, Jay Rettich, Chantelle Trainor-Matties,  Natalie Scott.

Working closely with members of the Royal Canadian Legion Abbotsford Branch #15 Ericka Walker created a sixty-foot mural on the south side of the building in 2017. There are three WWII-era aircraft depicted in this mural. The first, in the foreground on the left hand side, is the Fairchild Cornell, the primary trainer aircraft used under the British Commonwealth Air Training Plan. These aircraft were used at the No. 24 Elementary Flying Training School at the Abbotsford Airfield. Behind the Cornell is the Hawker Hurricane. Thousands of these single-seat fighters were produced in Canada during the war. The third aircraft, depicted on the far right side of the mural, is the B-24 Liberator Bomber. The Liberator was used to train flight crews as part of the #5 Operational Training Unit at the Abbotsford Airfield.

I-Lead Abby is a non-profit which engages young people through art, music and culture and is led by mostly University of the Fraser Valley graduates who are passionate about youth development and promoting the arts. Working with local artists and designers they have created two eye catching murals in Downtown Abbotsford. 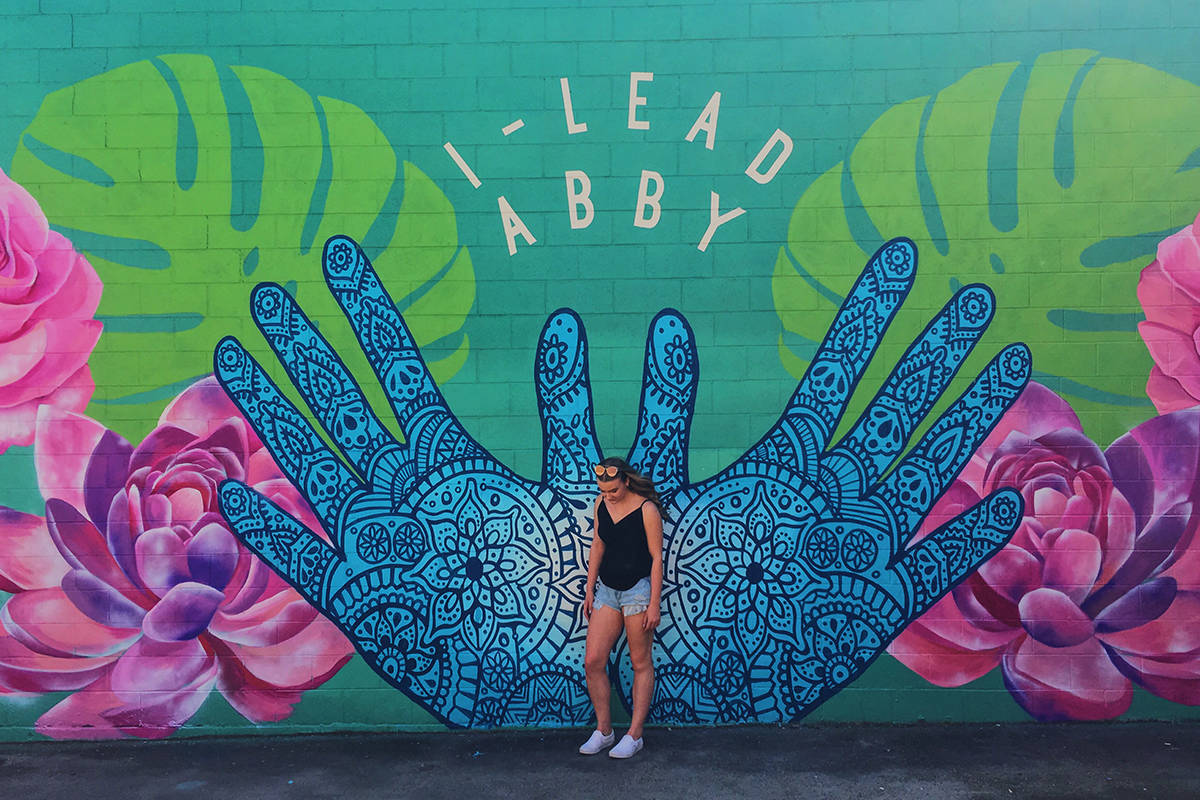 The mural was created by artists Courtney Kyaak and Meshaal Alzeer and designer Brayden Eshuis and features henna-painted hands at the centre of the mural which represent openness and also serve as an acknowledgement of Abbotsford’s Indo-Canadian community. They are flanked by lotus flowers symbolizing the community’s growth, which is “dependent on the hands of the entire community.” 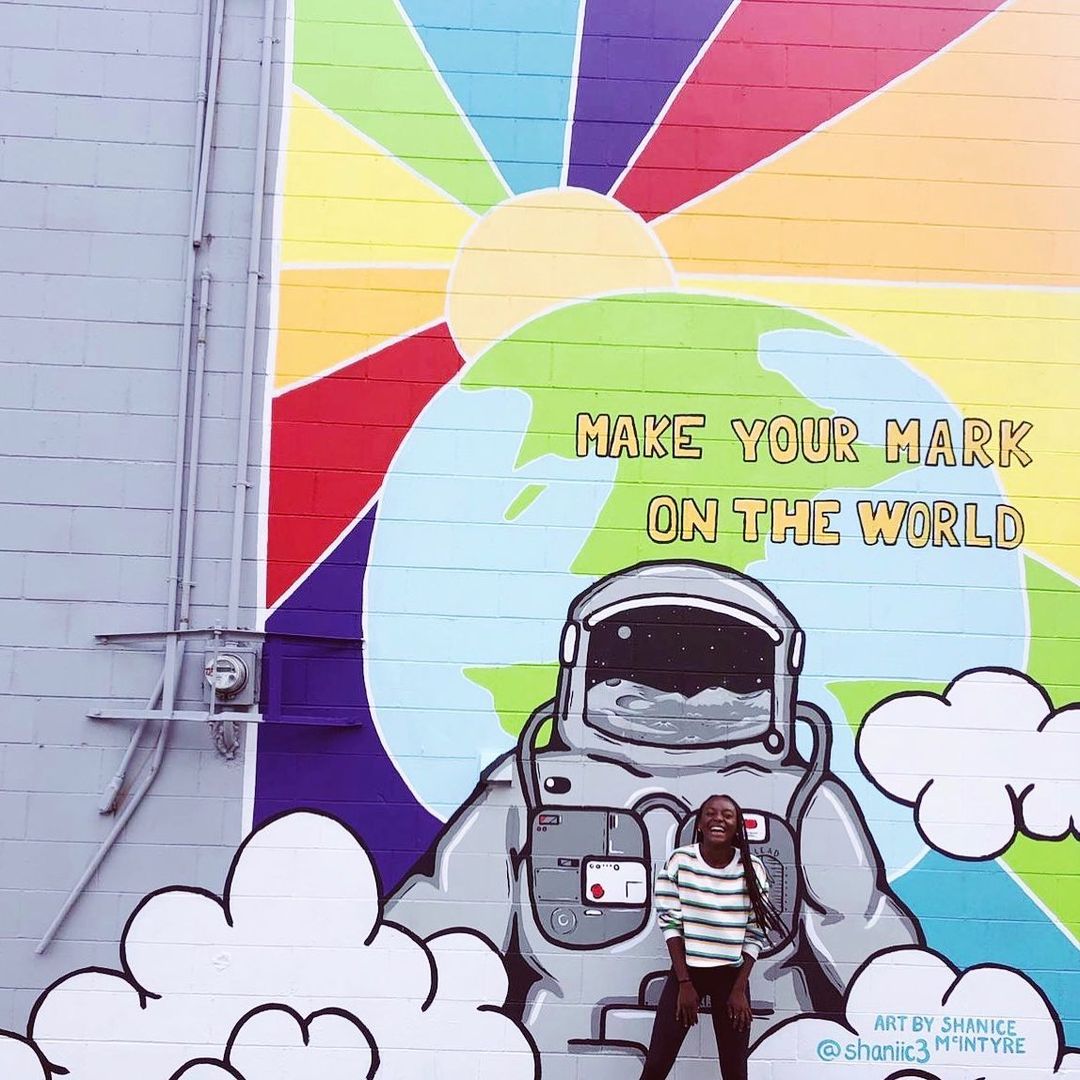 Painted by recent high school graduate Shanice McIntyre in 2019, she came up with the concept based on her heart for youth and making a mark in the world. “I chose to do the mural the way that I did to show that everyone can make a mark on the world even if it is something small. Being born in a third world country and coming to Canada showed me that I got the chance to make my mark and grow as an artist.” 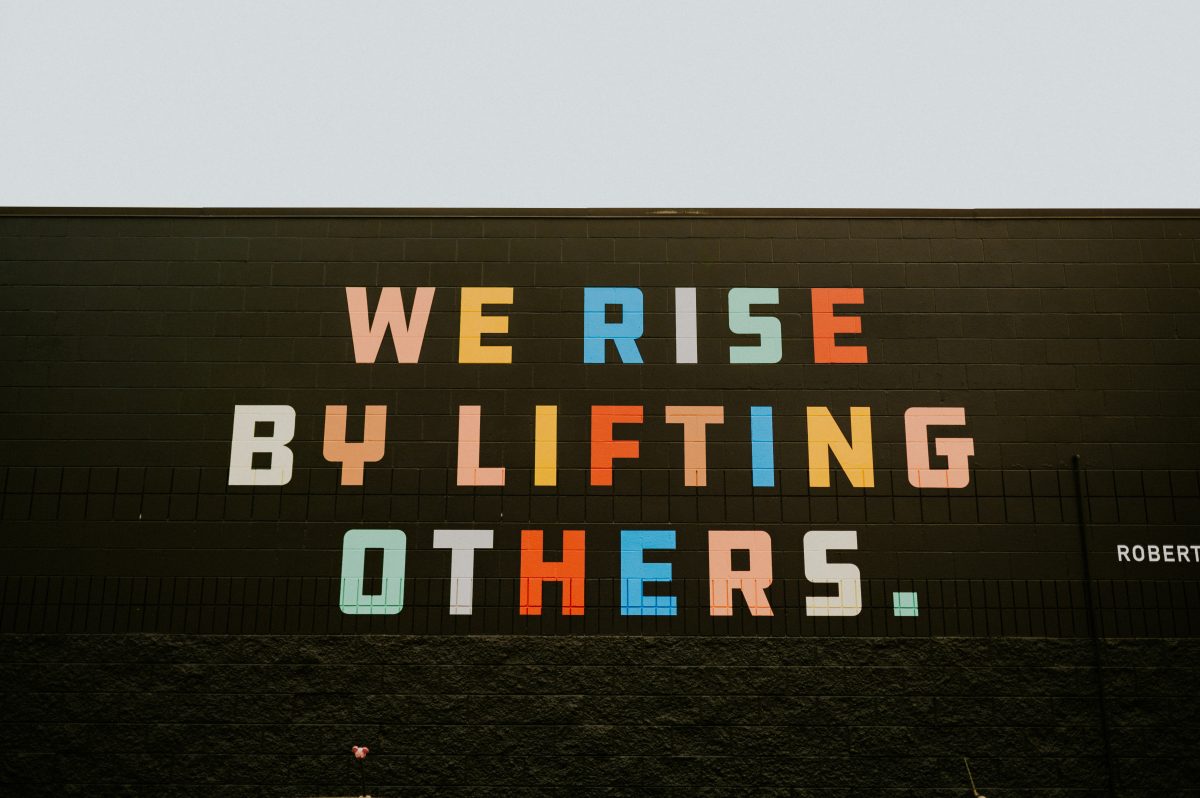 Local Food Supply was conceived in the chaos of our community coming to grip with some of the dire effects the pandemic was going to have on the local food supply chain. They aim to do good in the community by supporting local, whether that be through local food and farmers or local advocacy groups such as Archway Community Services. The mural was designed by Local Food Supply Founder Josh Vanderheide who took the quote from the 19th-century American lawyer, Civil War veteran and political orator, Robert J. Ingersol. The idea was then brought to life and installed by local company Dreamscape Painting. The mural was created to serve as a constant reminder to our staff, customers and community neighbours that working together was going to be the best way forward in these challenging times.

X
X
We use cookies to ensure that we give you the best experience on our website. If you continue to use this site we will assume that you are happy with it.OkPrivacy Policy